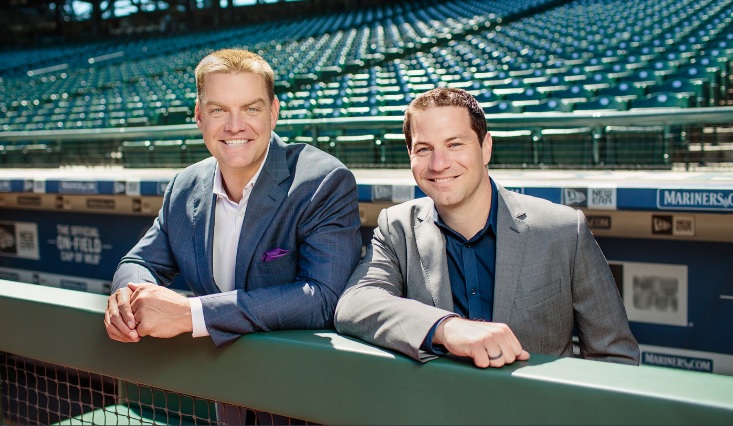 Mike Salk is host of Seattle Sports’ Brock & Salk from 6-10 a.m. He helped launch Seattle Sports in 2009 and returned to the station in 2014 after a year away. He lives in Seattle with his wife, two daughters and French bulldog. Follow Mike: @TheMikeSalk

Brock Huard is the co-host of “Brock and Salk,” having been with Seattle Sports since helping launch the station 2009. He was the Gatorade National Football Player of the Year as a senior at Puyallup High School, set numerous quarterback records at the University of Washington then played six seasons in the NFL for the Seahawks and Colts. In addition to his work on Seattle Sports, Brock is also a college football analyst for FOX. Follow Brock: @BrockHuard